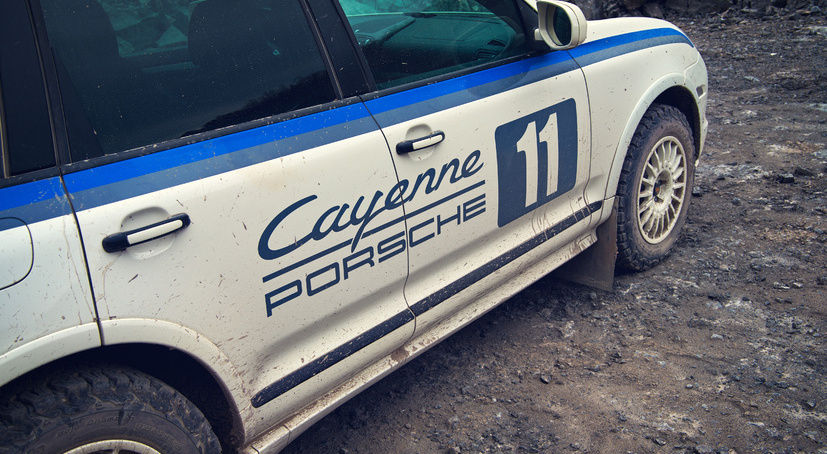 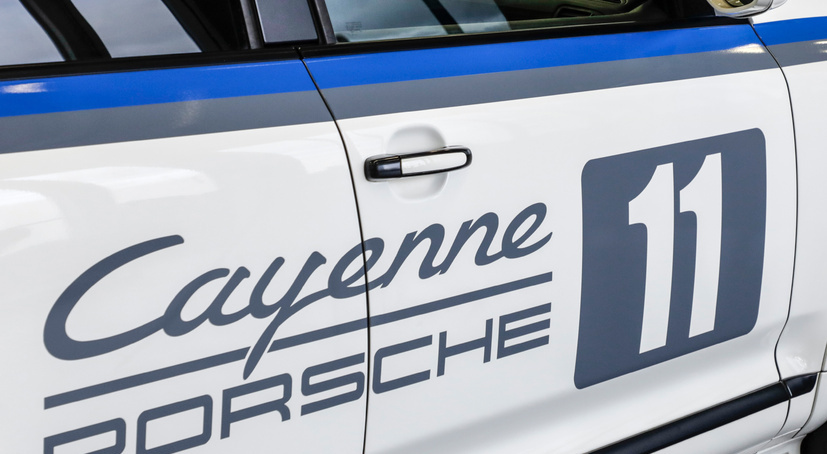 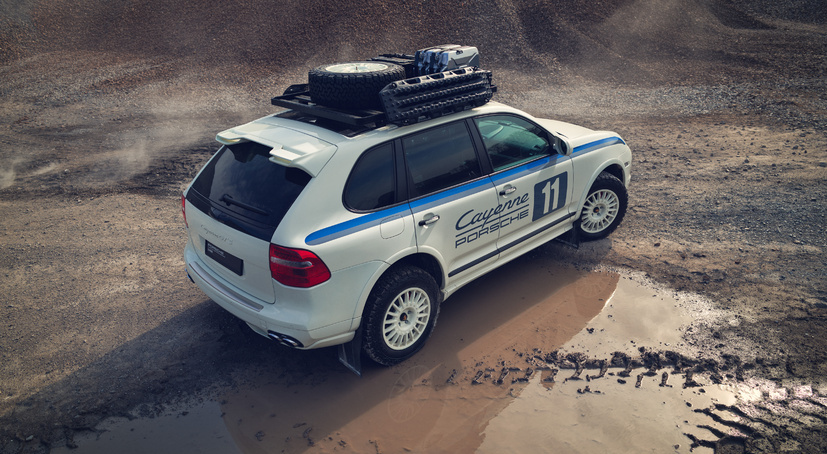 Why shouldn’t your Cayenne look stylish, even in mud? The “Rallye” decorative decal combines the colors Ice Race Blue and Grey, with the starting number “11” in White on the front doors. The large “Cayenne” and “PORSCHE” logos complete the special race feeling of a real rally.

Additional information
The vehicles shown in the images are show cars. They are for illustration purposes only and have been modified from their standard condition and fitted with accessories, some of which are not supplied by Dr. Ing. h.c. F. Porsche AG and which cannot be acquired from the company or from the Porsche sales organization. Dr. Ing. h.c. F. Porsche AG has not tested these modifications and accessories and has not approved them for use.