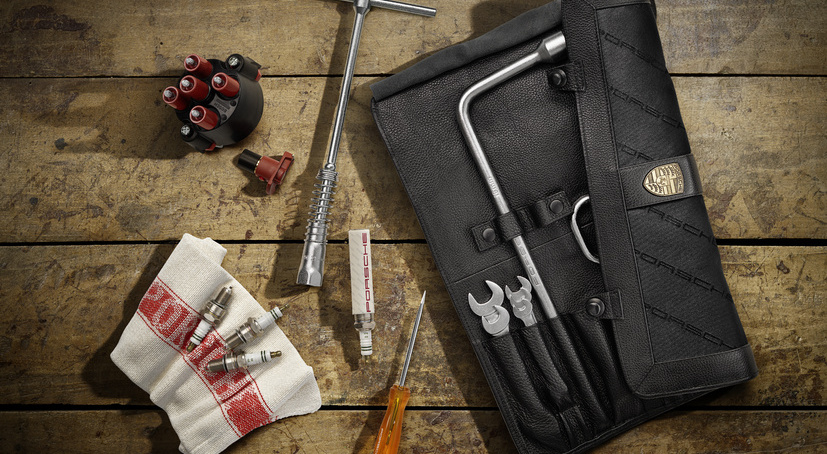 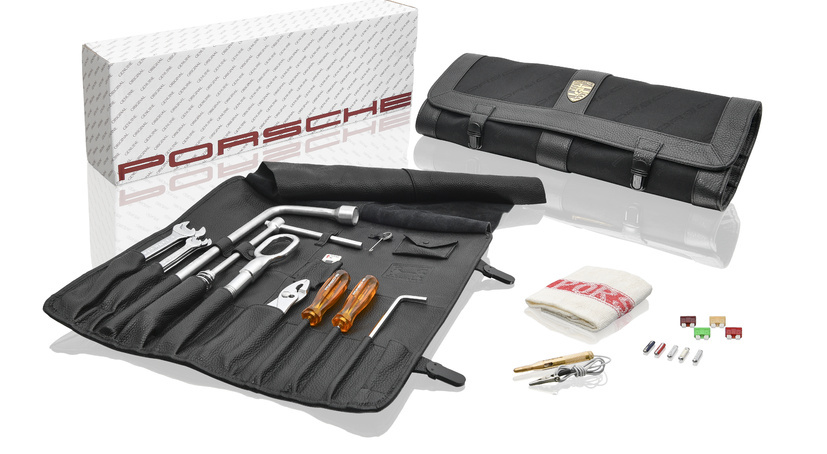 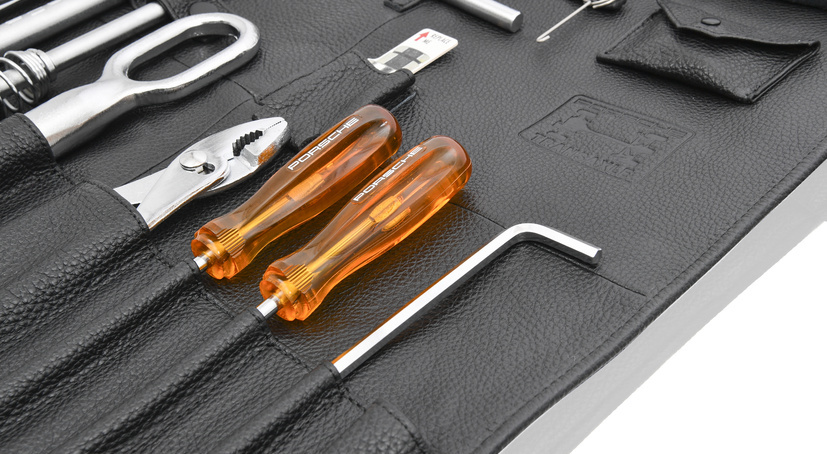 The tool bag is made from rapport fabric, which was typical for all Porsche models from the transaxle era. The center of the bag is adorned with the new edition of the characteristic Porsche Crest from the glove compartment latch of the early 924 and 944 models.

The contents have been reconstructed based on the original tool bag and reissued with the help of the technical drawings of the tools from the original supplier from that time. As a final flourish, the Porsche Classic experts have given the bag some technical and visual upgrades and also added some extra useful tools.